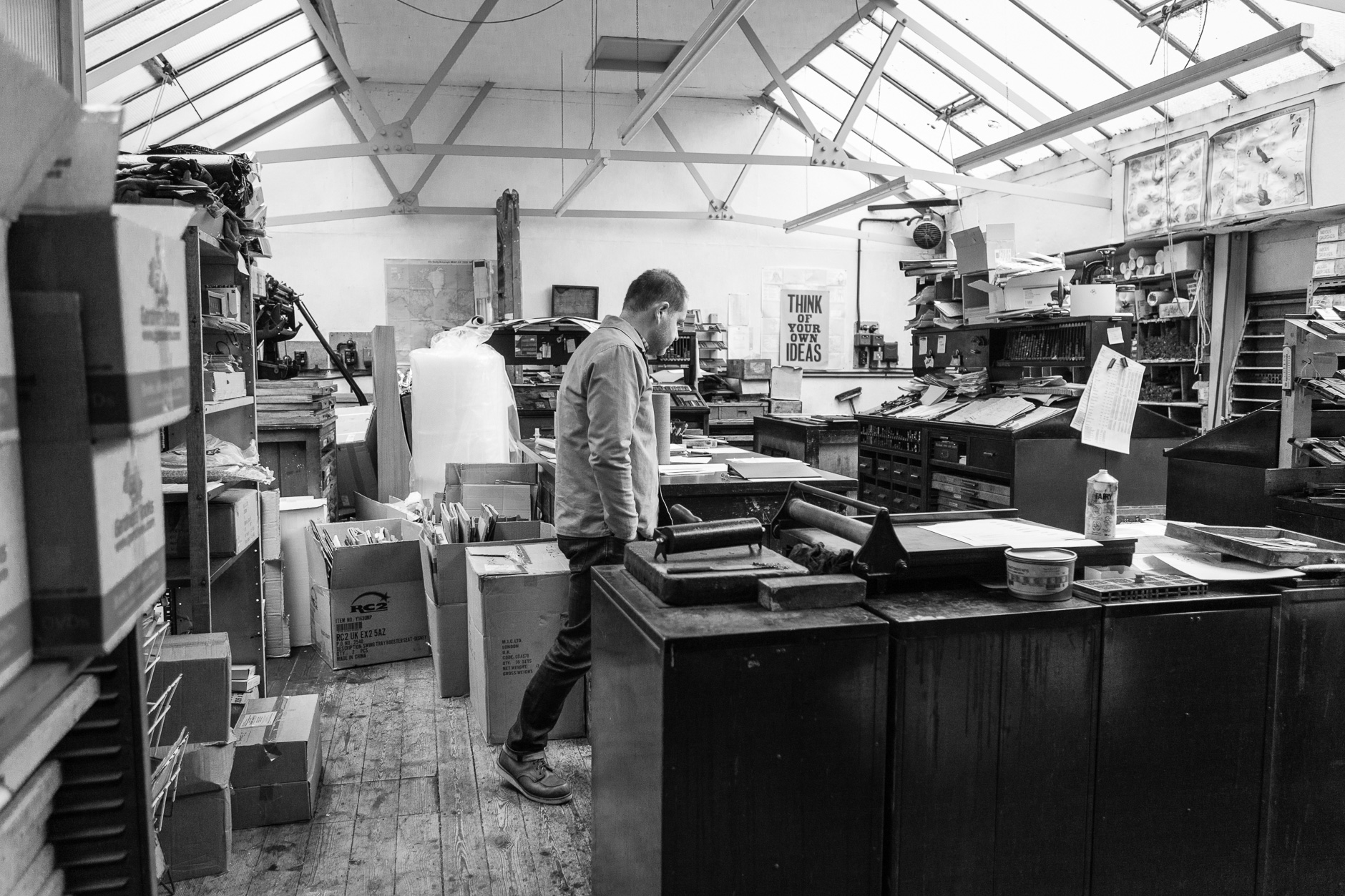 “His passion for type, and for systems and simple messages seeps through everything he does, and his work is consistently celebratory and joyful.”

I’m not sure how long I’ve known Anthony; certainly since the late 90s when there was a really nice, friendly and quite close-knit design community in London that we were both part of. Among other things, I included him in an exhibition I curated called Powerhouse::UK, which presented Cool Britannia in design terms in a giant silver inflatable erected in Horse Guards Parade. But I didn’t get to know him properly until he became involved in Village Fete, a weekend of fun and frolics that my company Scarlet Projects curated at the V&A throughout the 00s. The idea behind Village Fete was to invite designers to set up stalls with games to play and stuff to win. Rather than do a stall, however, Anthony teamed up with Malcolm Goldie as Bad Acid and came as the Friday night entertainment. They played really rather good (bad) electro acid music, with Anthony taking on the Rick Wakeman keyboard-playing impresario role and Malcolm singing ridiculous lyrics accompanied by go-go dancers. And that just about says everything you need to know about Anthony: he’s a polymath, happily working in all sorts of media – video, set design, web design, music, even if his first love is print – and he loves to collaborate with likeminded artists.

We then worked with him on a number of projects including a film for the Barbican (in his guise as Multiplex, with Paul Plowman), a pixellated mural for Bloomberg’s offices, and on Design Rabbit (a series of guerrilla talks and events around the Design Festival), for which he designed the bunny logo and graphics. At Scarlet, he was always sending us surprise packages – usually a lovely new print. When we moved out I left behind an original ‘Work Hard & Be Nice To People’, which he had sent through the post. I didn’t have the heart to take it with me – our studio-mates, the architects muf – loved it just as much as we did. Bet it’s worth a few bob now though!

More recently, Anthony was instrumental in the conception of Pick Me Up, the annual graphic art fair we’ve set up at Somerset House. He came up with the name, designed the logo and sort of ‘art directed’ it with Michael Marriott. He was also our artist-in-residence for the 2011 fair, where he set up his own ironic retrospective exhibition, as well as workshops and daily collaborations with fellow designers, musicians and photographers.

Apart from simply being a very lovely chap, and wonderful to have around to chew the fat with, Anthony is a seriously good artist. His passion for type, and for systems and simple messages seeps through everything he does, and his work is consistently celebratory and joyful. His love of life, and of the simple pleasures, always shines through. 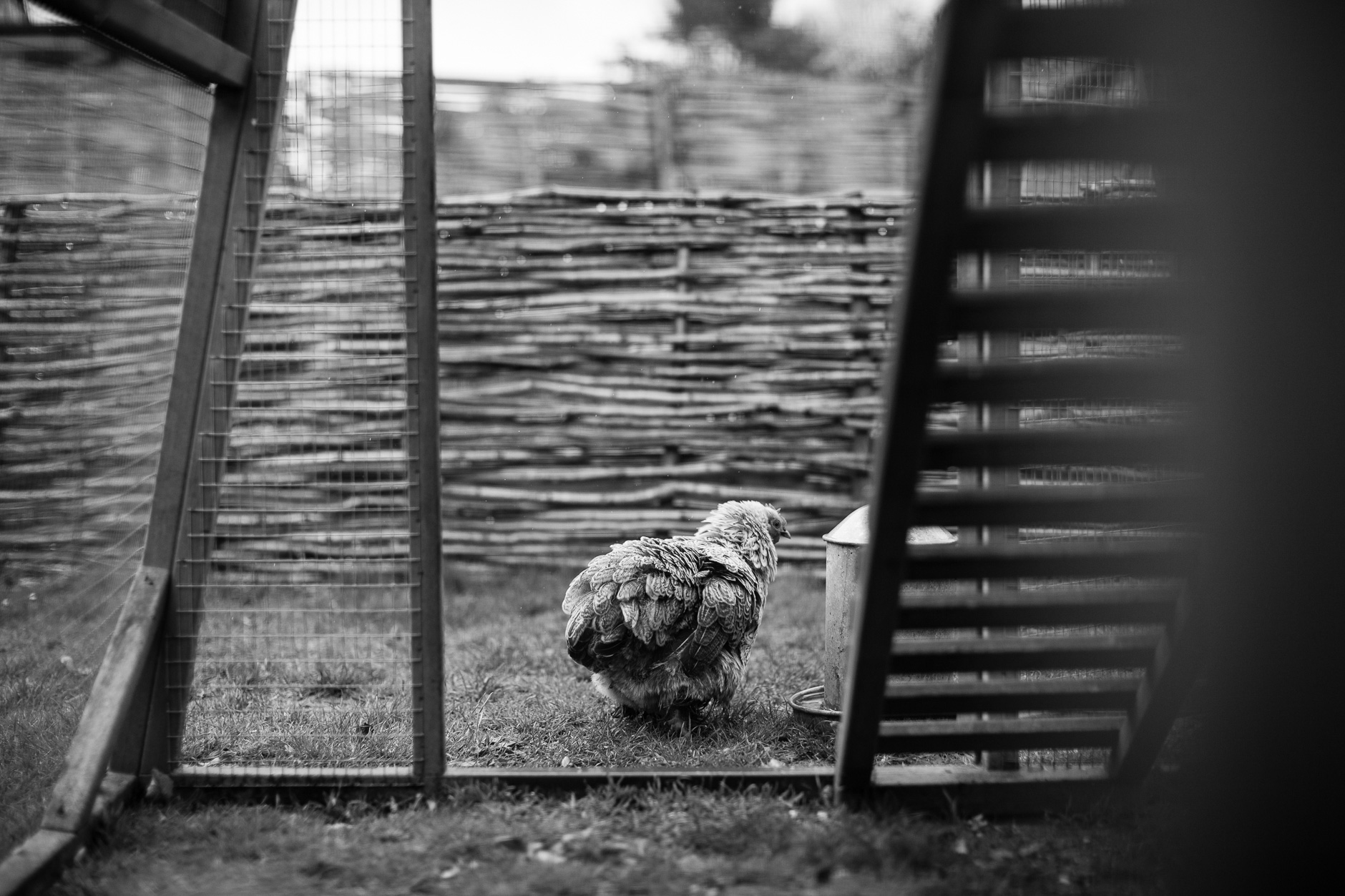 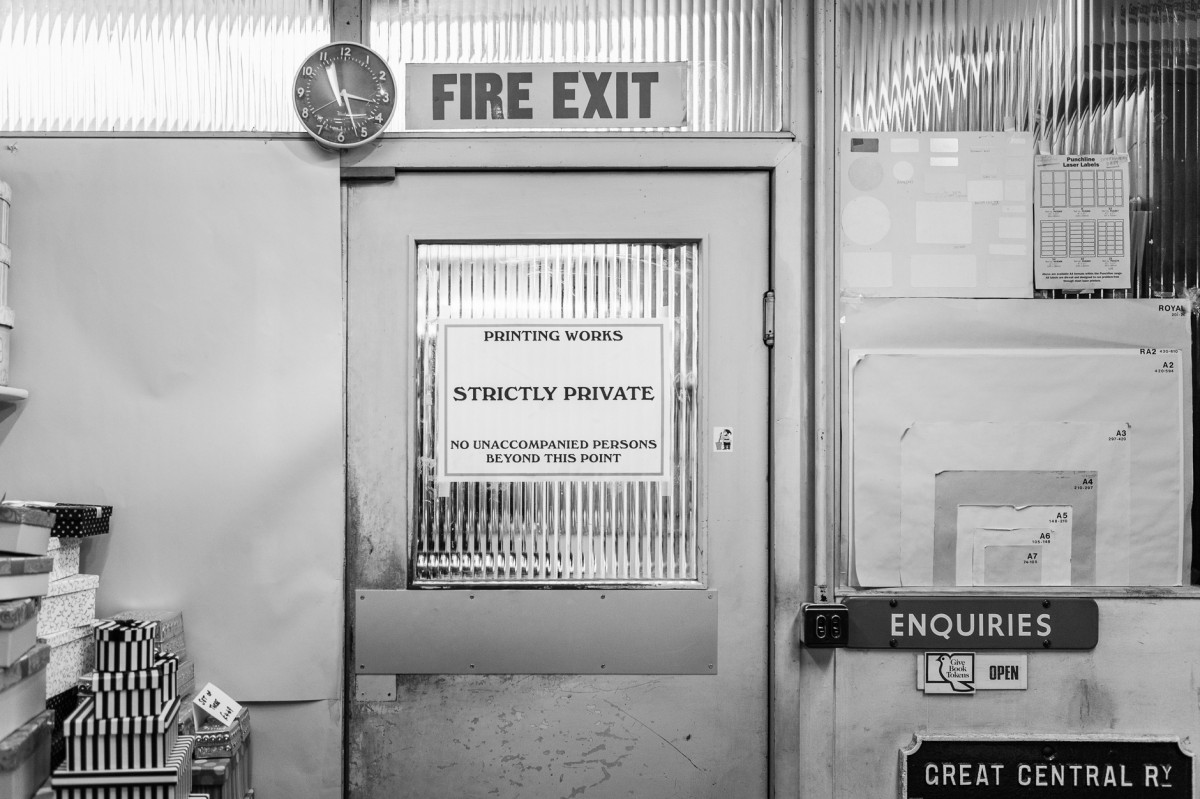 Anthony was photographed at home on the Isle of Oxney, Kent, and at his local traditional letterpress printers, Adams of Rye. 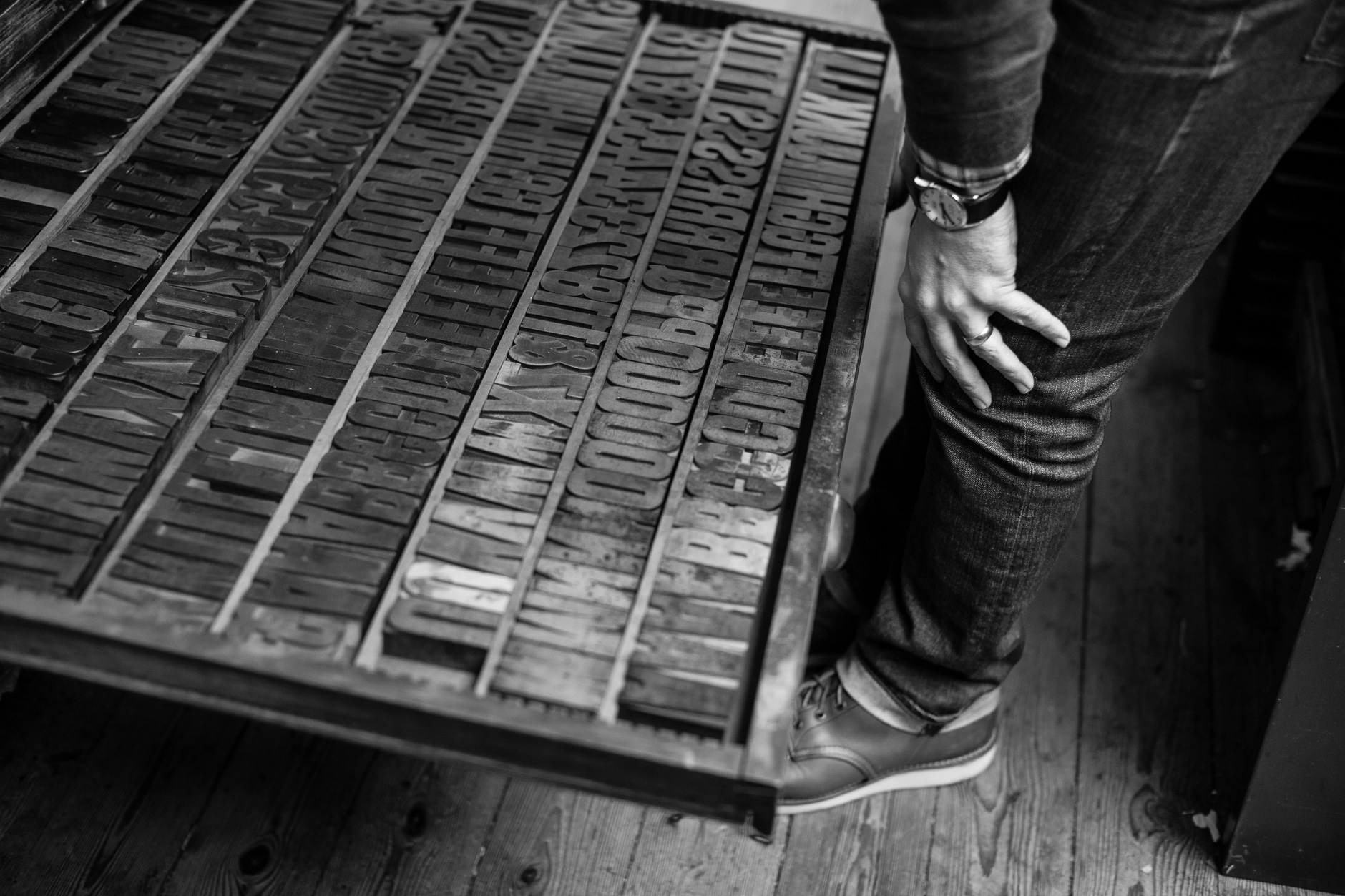 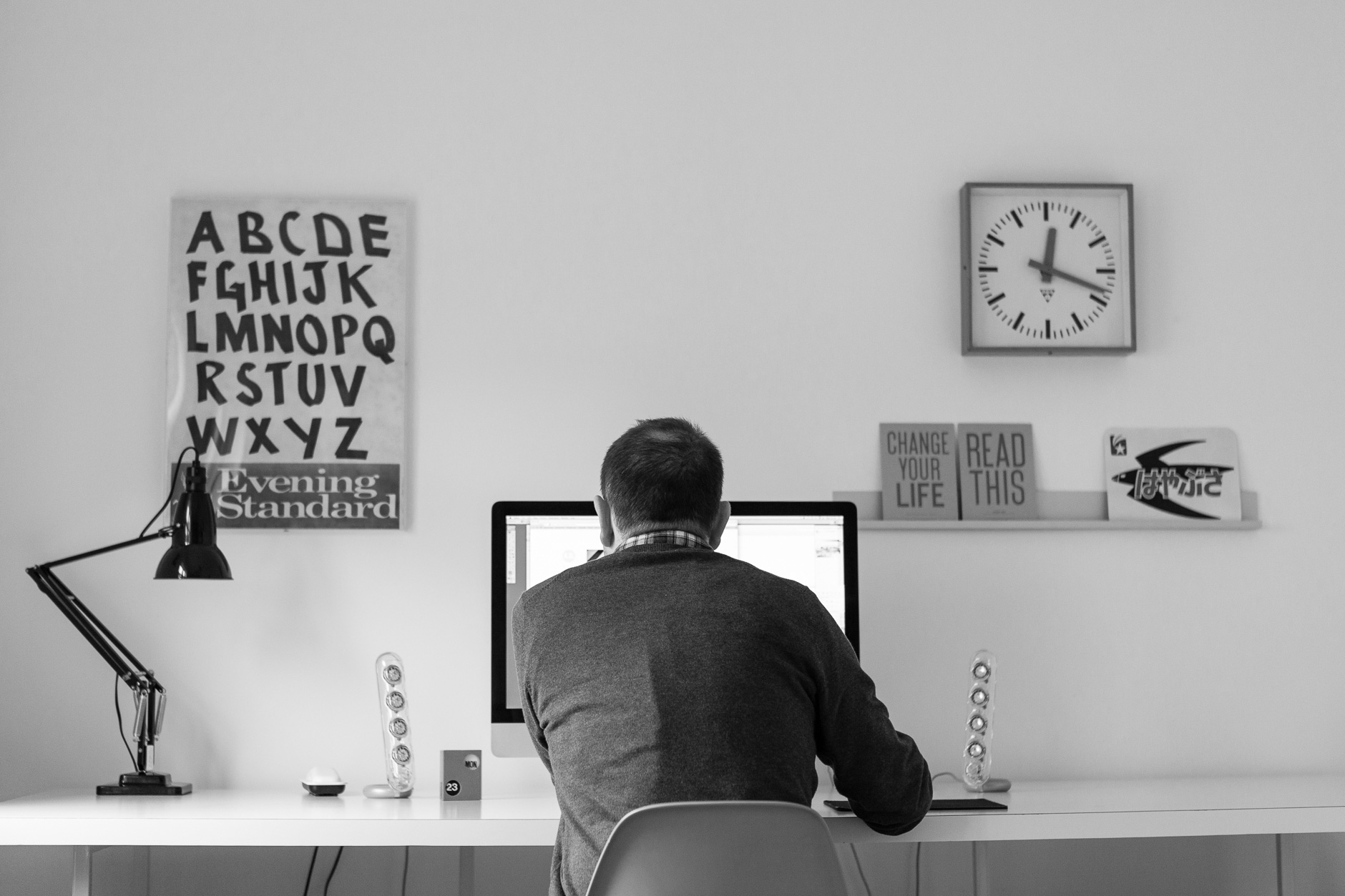 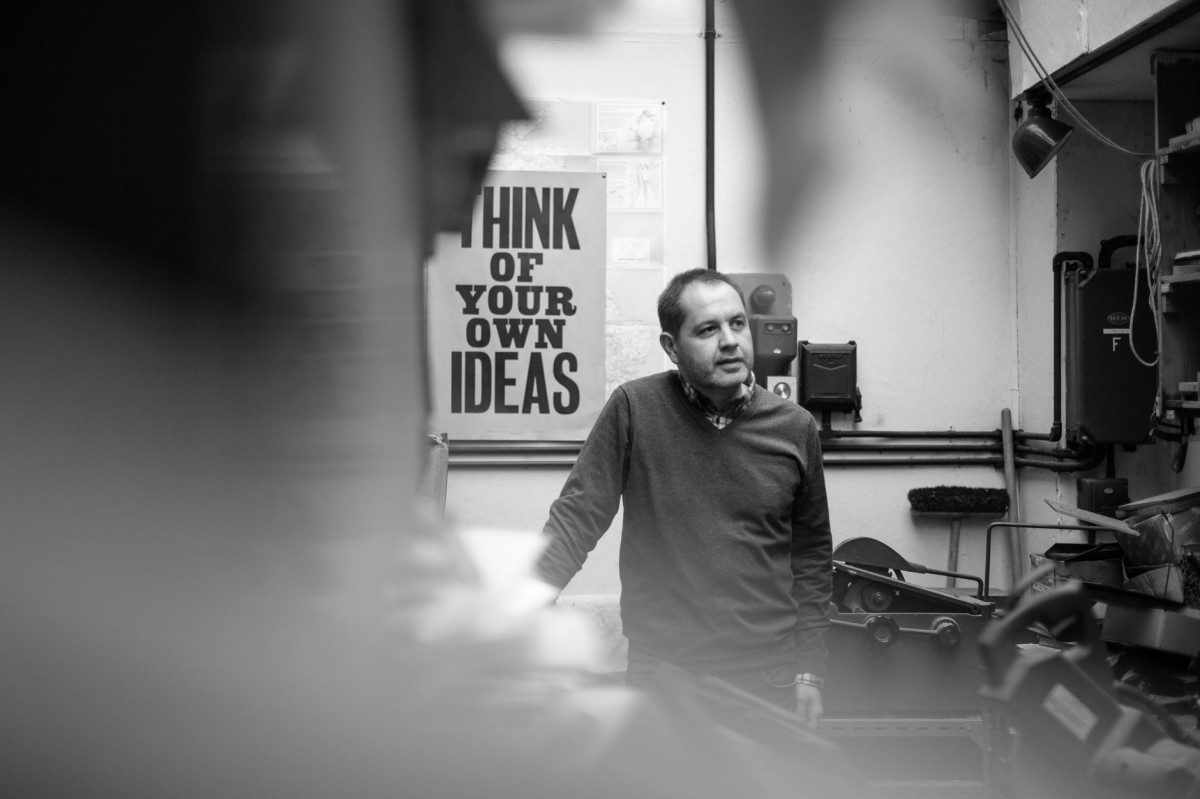 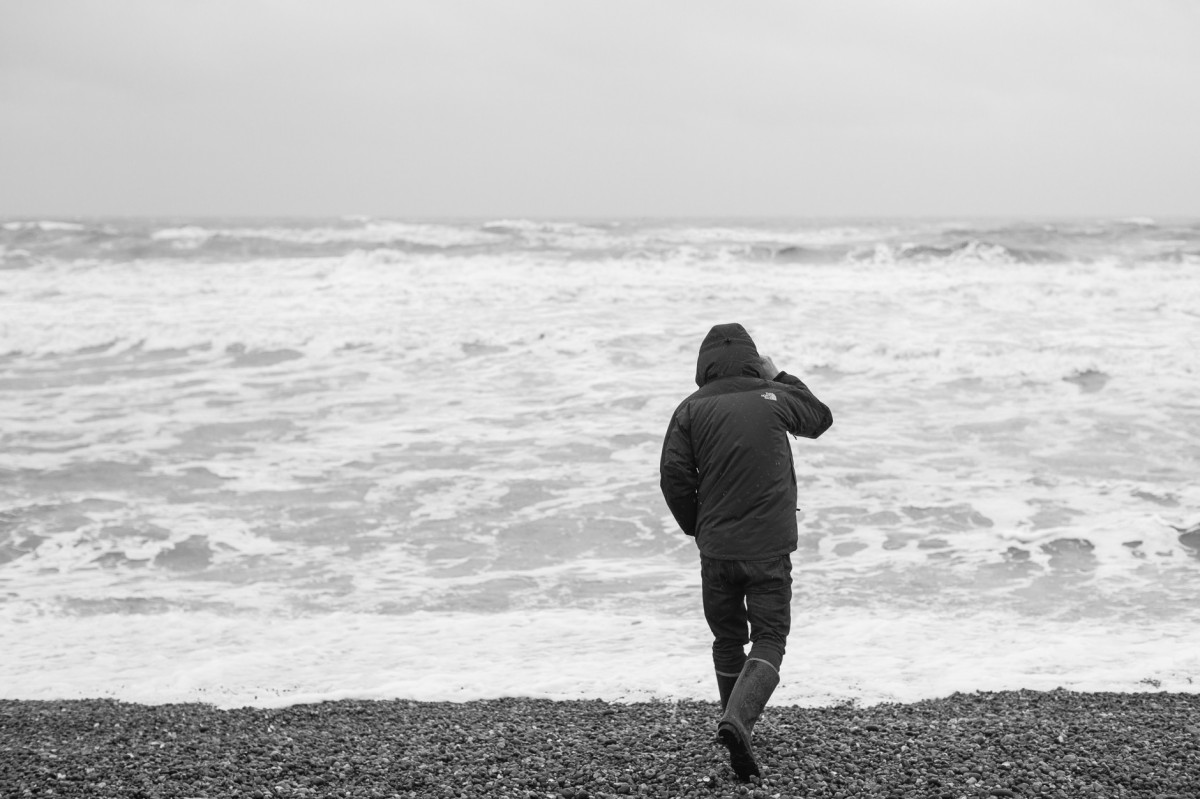 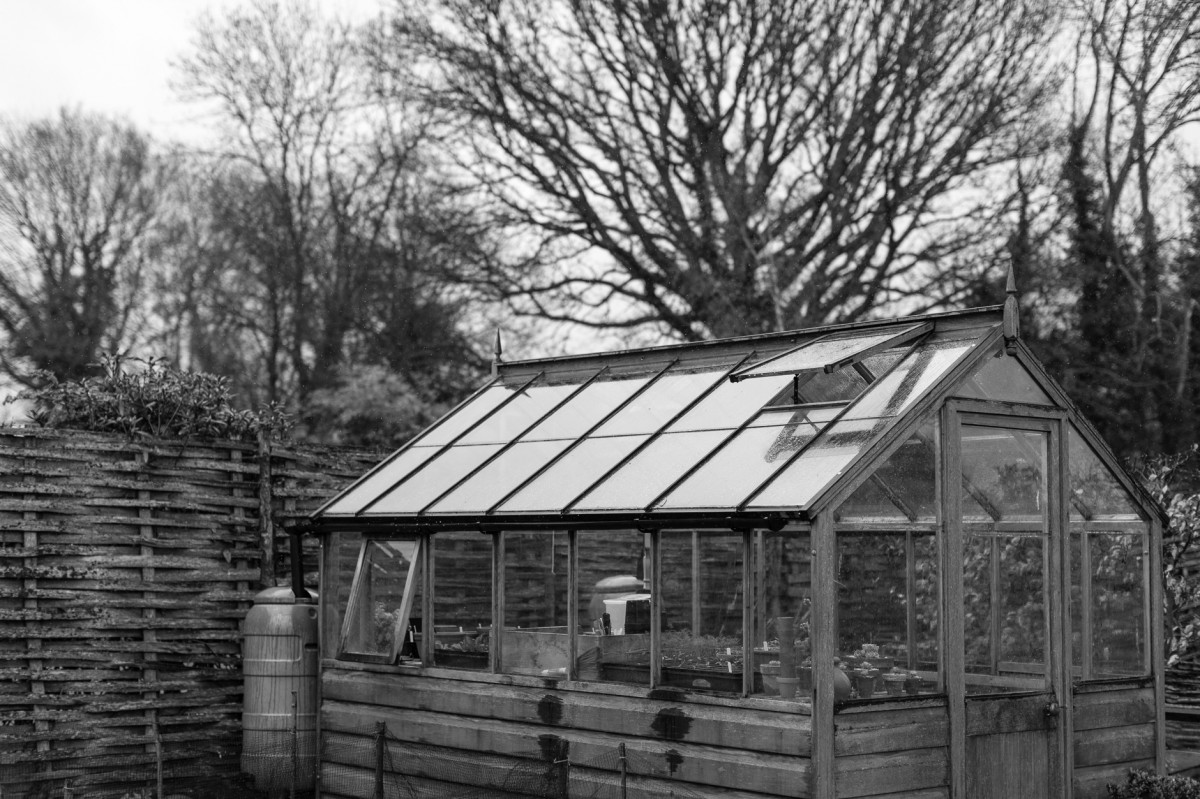